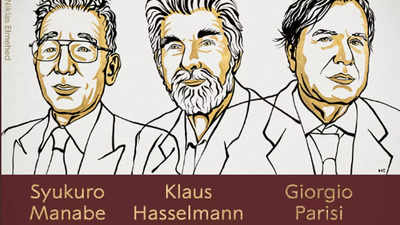 2021 was the first time that a Nobel Prize was awarded for “groundbreaking contributions to our understanding of complex systems”. As a researcher studying organizations as Complex Adaptive Systems, I find this very exciting!

Since the award, there has been much exposition of Complex Systems Theory. This post briefly explains a subset class- Complex Adaptive Systems (CAS) as a contrasting viewing lens for enterprises, and its usefulness in building enterprise resilience.

Modern enterprises are cyber-physical systems operating at very large scales, and although they possess management control structures such as governing boards, top-executive teams, and hierarchy for accountability, they regularly come across complexity in several forms. To comprehend the scale of operations - think of the digital products we use everyday. For example, although Google is a conventionally structured corporate organization, it relies on its base of algorithms to cater to upwards of 5 billion daily searches. In contrast, Wikipedia which gets about that many visits a month (still very high scale) is de-centralized and distinct in its organization. This de-centralized unique architecture is even more clearly witnessed in the method of operation of the open-source community. Essentially, enterprises are increasingly becoming more dependent on the cyber-physical assets, which are subject to risk. Systems that can anticipate risk events and mitigate them prior to consequences will likely be more resilient.

To build resilience in such complex enterprises, aspiring leaders need to look beyond “resources” and at the sources of their competitive advantage, such as mechanisms to create “adaptation”. They would benefit by re-calibrating their view of enterprises from fully-controllable and governable machines to complex adaptive self-organizing systems.

CASs are imagined as systems that are not particularly under the control of an “orchestrator” and instead their behavior is governed in a hybrid manner via interactions between systems elements (at different scales) and interactions between the external forces on the system. CAS are easily found all around us in natural systems. For instance, think of a David Attenborough documentary that films a school of fish forming beautiful structures under water. In fact, a individual fish are acting individually and collectively they are “self-organizing” to fend off larger predator fish.

Alternatively, think of self-organizing flocks of starling swarms that form incredible visions in the sky while foraging and outsmart Peregrine Falcon predators with murmuration manoeuvres.

Even with non-natural systems, imagine difficult to predict traffic patterns that have the potential to be resolved by simple non-intuitive fixes. Interestingly, science and engineering draw inspiration from these self-organizing systems and model their behavior using simple rules or heuristics at the individual (agent) level. Humans barely act similarly and human organizations are much more complex at the agent level. Therefore, modeling them is not the right approach. However, drawing inspiration from self-organizing systems can help us understand complex enterprise better.

Re-imagining enterprises as CAS is not straightforward as we are conditioned to think of them as “mechanistic” structures with hierarchical chains of authority and centralized decision-making. Nowhere is this more clearly visible than in military organizations. However, it is also easy to see how this view is limiting when it comes to desirable organizational properties such as “innovation”, “resilience”, and ironically “leader-follower-ship”, which are often believed to take place “organically” within organizations. As enterprises operate in more complex business environments, these properties become more sought after by stability-seeking organizations, the learning from the CAS analogy becomes important.

Pragmatic applications of this view have been developed over the past 20 years by scholars to understand the behavior of entire economies JH Holland 2002, and more recently complex supply-chains Choi et. al 2001; Novak et. al 2021, business models Liu et. al 2020, risk management, and leader-followership in human organizations Sheth and Sinfield 2019.

Additionally, building enterprise resiliency needs a holistic understanding of risks, which actually are a complex network of interacting risk factors triggered by external events. An ongoing study on risk networks adopts the CAS view in building a networked view of corporate risks. This work is building a knowledge resource base, which will evetually be useful to explain mechanisms of cascading risks and to predict the varying impacts of risk events on enterprises proactively. The project is supported by the National Science Foundation (NSF) award #2049782. It is in alignment with NSF’s mission to promote the progress of science, and via that, advance national prosperity and welfare.

In conclusion, the CAS view is perhaps the best alternative to view complex enterprises, especially as leaders begin to grapple with ever increasing complexity and seek out enterprise resilience.